On the 1st of each month, we feature a story of someone putting their “Faith & Sweat” into action. This month, meet Dr. Angelia Riggsbee, a domestic violence survivor and advocate. If you or someone you know needs help, call the National Domestic Violence Hotline at (800) 799-SAFE (7233).

In the time it takes you to read this article, an estimated 96 people in the United States will be physically assaulted, raped, or stalked by an intimate partner.

That’s an average of 24 people per minute, over the next four minutes.

Keep reading, though, because ignoring that statistic, or the stories behind it, won’t make the problem go away.

And that’s exactly why Dr. Angelia Riggsbee keeps telling her own story and educating others.

She’s been pushed. She’s been threatened. She says she’s even been left for dead on the side of the road.

Angered over seeing her talking to someone else even though they already were separated, her ex wanted to argue. Angelia says he stopped his car near where she was standing and called out to her. When she walked over, he pressed the gas, knocking her into the windshield and onto the ground.

The next afternoon she left the hospital, but not before making a vow to herself and to God that she would find her way out of the cycle of domestic abuse and become a voice for its victims.

“I felt alone,” she remembers. “I felt isolated. I felt trapped. I felt unworthy.”

She recognized that she didn’t have to stay that way. It took time and effort, but she made her way out of that relationship and out of another one involving emotional abuse. “I had to break the cycle,” she says.

Domestic violence, also known as intimate-partner violence (IPV) can affect anyone. Women between ages 18-34 generally experience the highest rates of IPV, but victims also can be male, young or old, straight or gay. It affects all races and cultures. 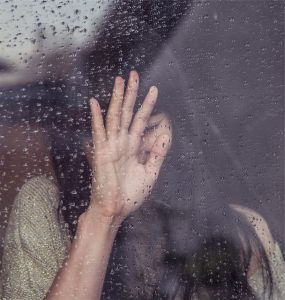 “That’s why it’s so important to educate across the board,” says Angelia, a native of Durham, NC, who now lives in Charlotte.

In addition to helping domestic-violence victims 1-on-1 through counseling and court advocacy, she also teaches and consults with businesses, schools, and other groups about the effects of domestic violence.  They don’t have to become experts, she says, but because violence affects not only the victims but those around them, everyone needs some basic knowledge. She’s spoken to military leaders, educators, sororities and fraternities, and medical students.

Domestic violence is about power and control, she says. The abuser typically wants to isolate the victim from others and control every aspect of their lives. This behavior often isn’t apparent at first, or the woman rationalizes it with thoughts that he loves her and is trying to take care of her.

This is why telling a victim of domestic violence to “just leave” is unrealistic, Angelia says, noting that on average, a woman leaves a relationship and goes back 7 times before leaving for good.

“The best thing to do is be supportive and let them know WHEN they are ready, they will be there to walk with them through the process,” Angelia says. “Offer resources such as money, a place to stay, help with the children … be a non-judgmental listening ear.”

If a victim is planning to leave the relationship, it takes time to gather important documents such as birth certificates or passports, bank account information, and clothing and personal property. Even offering to store some of those items can be a help, as the woman creates a safety plan for herself and her children or pets. When a woman leaves, the abuser often becomes enraged, because he has lost all control. It can be a dangerous time, so planning is critical, Angelia says.

She also encourages family and friends to take care of themselves during such an emotional time, but to keep working through the situation, too.

“What keeps me going is the success stories, the women who have come out of abusive situations,” she says. “I look at them and say, ‘If I hadn’t had a good support system, where would I have been?'”

If you or someone you know needs immediate assistance, contact the national hotline at (800) 799-SAFE (7233) or a local hotline in your area. Dr. Angelia Riggsbee can be reached for help, resources, or to schedule a speaking appearance through her website, healingafterdv.com.

Welcome! If you’re new here and don’t want to miss a thing, be sure to CLICK HERE TO SUBSCRIBE to the Faith & Sweat blog updates. Know a friend who would like this? Please share. Thanks for visiting!

Previous Post: « 12 Ways to Meet Your Fitness Goals this Summer
Next Post: Thoughts on Social Media, Soul Care, and Silence »