This weekend, it's Mom's turn On Mother's Day, most Moms probably will be in the family photos. It's easier to remember to take a photo of Mom then. But Mom, you need to be in those photos more than once a year. Mother's Day isn't the only photo-worthy event this spring. Recitals, proms, awards ceremonies, and graduations fill many calendars in May and early June. And images from these … END_OF_DOCUMENT_TOKEN_TO_BE_REPLACED

“Fish and visitors smell after three days.”  — Benjamin Franklin I grew up less than two miles from all four of my grandparents and saw them almost daily. Our relationships grew in the routine: shelling peas on the sofa with my grandmother while we watched General Hospital, riding in my grandfather's truck to buy new Barbie clothes at the five-and-dime on Sunday afternoon. We'd … END_OF_DOCUMENT_TOKEN_TO_BE_REPLACED

My parents married 50 years ago at the church they grew up in, that I grew up in, and where my husband and I also got married. It's a special place, with wonderfully imperfect and lovable people. On their actual anniversary, we were able to worship there together as an extended family, and then we went to brunch. My parents, who joined the ranks of the 6% of couples who reach a 50th … END_OF_DOCUMENT_TOKEN_TO_BE_REPLACED

April 1, we all know, is April Fool's Day. It's also my friend Judy's 65th birthday. You might expect she's been the victim of a few birthday pranks through the years. This year, Judy already has made her birthday wishes known. It's for everyone to complete a Random Act of Kindness. That's #RAK, if you post to social media and know what a hashtag is. She made her request on … END_OF_DOCUMENT_TOKEN_TO_BE_REPLACED 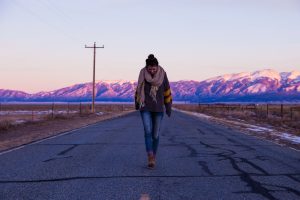 Limiting beliefs are subconscious thoughts that frame how we see ourselves, our world, and our possibilities. And they can affect our health and well-being. “I have bad genes.” “My body is too _______.” “I’m not athletic.” “I don’t like to work out.” “Everyone in my family is _______.” Any of those sound familiar? If we […]

A Snow Day (more like a sleet day here) presents b

With gratitude for Mary Oliver. "Instructions for

My new yoga companion; day 7 on the mat. So far, w

Resolutions in the past already? That's ok; the in