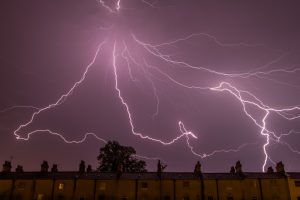 I think of a Mom and her young son, snuggling together in front of the television in a clean motel room in a safe part of town, seeking normal in a world that’s been turned upside down, over and over and over again.

The mother, feeling guilty and remorseful, leans on her faith and her hope. She knows that the choices she’s made in the past caused this uncertainty. She vows to make new, better choices for her child and for herself, even if the path ahead feels overwhelming.

“TWELVE DAYS AND NIGHTS CLEAN,” she shares with her friends on Facebook, in a status update that’s both an offering of and a request for accountability.

Each 24 hours, the combat culminates in a battle won or lost. For Cee (not her real name), it’s now been nearly two weeks of recognizing and avoiding her triggers, assembling pieces for a new life, and making choices that add up to winning daily battles.

It’s far from the end of the war.

This is not a happy ending story.

But it can be.

Earlier this year, on the first of each month, I started sharing others’ stories of Faith and Sweat. I have featured the overcomers – someone who overcame domestic abuse to help others, someone who fought her own suicidal urges and started painting unicycles to benefit suicide-prevention efforts.

I’ve debated sharing this story, of someone so squarely and actively in the midst of an arduous journey.

The reality, though, is this: We’re each a work in progress. We’re each in the midst of our own journey of joy, and pain, and beauty, and suffering, and celebration, and struggle.

The extremes are greater for some of us than others. The pressures are greater some times more than others. Most people hide their reality from everyone else. But then someone makes a move to be vulnerable and open. And another move. And another. That’s what caught my attention with Cee, someone I’ve known a long time, but not well.

For her, years of addiction have resulted in lost jobs, missed opportunities, dangerous living conditions, and now, perhaps, rock bottom. She’s desperate to get herself and her son – a kind, loving 7-year-old with good manners and a dream to one day become a police officer – out of that cycle.

The wall next to their sofa is marred with a bullet hole. When they left their apartment to stay with a friend for several nights, so Cee could leave behind her triggers and try to stop using drugs, teenagers broke in and trashed the place. She returned to pack her belongings and found previously packed boxes, furniture, and entire rooms ransacked. Someone had been eating off her dishes and sleeping in her son’s bed.

Now with no home, no job, and no money, they’re staying mostly with friends. Courtesy of someone’s generosity, they spent one night at a motel, where it was rainy and stormy outside and restful inside. She’s applying to long-term recovery centers, listening to her mentor, repacking and shedding her belongings, and reaching out to friends.

One friend has encouraged her to read about Job’s suffering in the Bible. Others offer prayers, encouraging words, inspirational pictures, and whatever support they can. Cee responds, reaffirming her intentions for recovery, her faith, and her gratitude that she is not making this journey alone.

Daily to her Facebook friends, she reports the results of the battle. Now, she’s at 13 days and nights clean.

It’s far from the end of the war.

This is not a happy ending story.

But it can be.

Do you personally know someone struggling with an addiction, or have you walked alongside someone through that challenge? What has been your experience? Comment below, or join our “Faith and Sweat” community, where we can continue the discussion.

Welcome! If you’re new here and don’t want to miss a thing, be sure to CLICK HERE TO SUBSCRIBE to the Faith & Sweat blog updates.

Previous Post: « Making a Simple Sugar Scrub for a Spa Experience
Next Post: Worn Down and Out? On the Importance of the Sabbath »