Non-dairy milks have soared in popularity in recent years, but many of them come with an ingredient that concerns folks – carrageenan.

It’s a seaweed-based “natural” food additive that is used for its gelling, thickening and stabilizing properties.

Many independently funded and peer-reviewed studies tie the additive to potential health troubles, specifically gastrointestinal inflammation. Laboratory animals that have been tested with it have had higher rates of colon cancer.

What’s even more frightening is that even some organic and natural foods contain the ingredient, so it’s still important to read labels even if you buy organic. 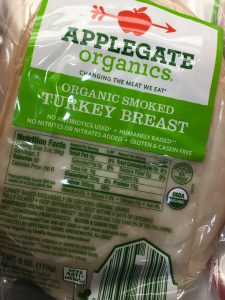 The toxin is most commonly used in dairy products like whipped cream, ice cream, nonfat sour cream, soymilk, coconut milk, and even infant formula. Also, it can be found in processed, packaged meats.

Several companies – Organic Valley, Eden Foods, and Stonyfield – have reformulated or said they intend to. In August 2014, the WhiteWave Foods Co. cited consumer feedback and not safety concerns when announcing it plans to remove carrageenan from its Silk and Horizon Organic products. Changes were to occur over a two-year period.

Carrageenan has been allowed as a natural, non-organic substance in organic processed products since 2003.

A team of scientists led by veteran carrageenan researcher Joanne Tobacman, MD, associate professor of clinical medicine at the University of Illinois School of Medicine at Chicago, published scientific studies on the harmful health effects of Carrageenan on human cells. Funded by the National Institutes of Health, the study found the additive can cause colitis-disease, diabetes, gastrointestinal inflammation and even cancer.

Dr. Conaway, who has discussed digestive health with us in the past at YGY Club, says the risks are not worth it. “(There’s) too much out there linking it to gut issues and cancers,” she says. “Again (it’s) one of those ‘additives’ to make something ‘better.’”

You decide. Does an ingredient like this cause you concern?

For a shopping guide to avoid this ingredient, visit this site for Cornucopia.

Previous Post: « Avoid a Health Sabotage this Holiday Season
Next Post: Overwhelmed? The 1 Question to Ask Yourself »