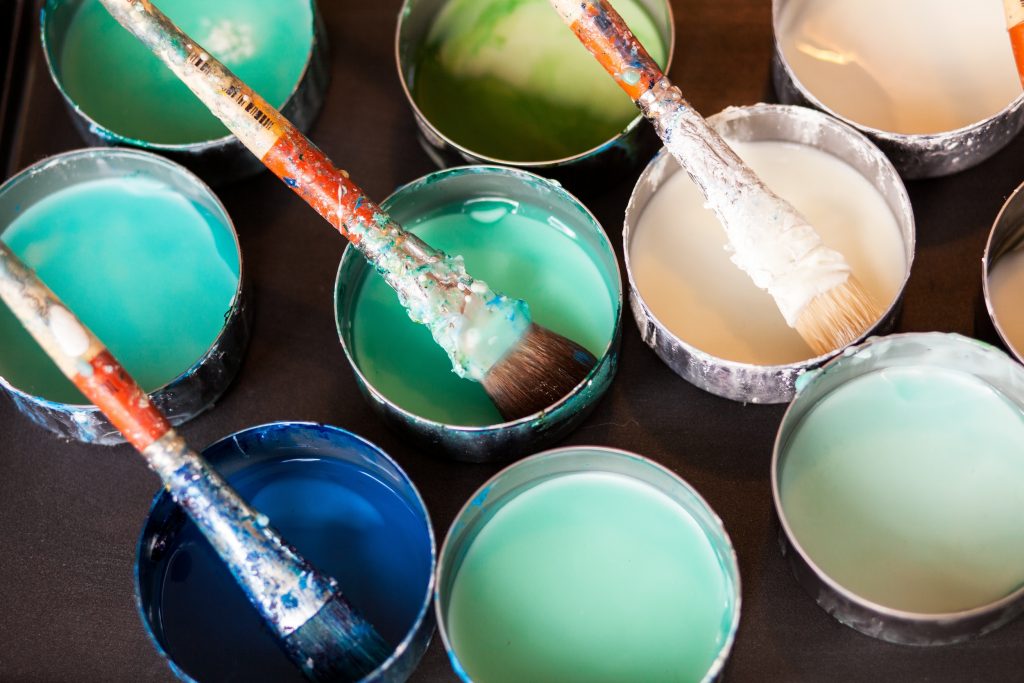 You were made to create. We all were.

Merriam-Webster Dictionary defines creative as “having or showing an ability to make new things or think of new ideas. And as children formed in the image of a Creator, we have an innate ability to create.

How often, when faced with the possibility of trying something new, have you said either audibly or silently, I’m not creative?

Back in the day when we actually had to take film to a store to be processed, I started working with people who wanted to do something more with those photos than letting them languish in an envelope or box.

Most of the time, my clients were women. Their friends had talked them into coming with them to a scrapbook party to learn some basics for getting started working on an album. And they each assembled a simple page with their own photos, handwriting, colorful paper, photo-safe tape, and fun stickers.

When I asked many of them what had held them back from trying this before, often they admitted that they didn’t think they were creative.

Am I Really Made to Create?

To be creative is to do something in a new or different way, I would tell my new clients. So if you’re doing this for the first time, then no matter how it turns out, even that is creative.

The same holds true today, when we can see our snapshots instantaneously on our phones. (And then sadly do nothing else with them; but that is a story for another day.)

So, you’re creative if, for the first or second or seventh time:

You get the idea: You’re creative if you’re trying something, no matter the outcome.

And yes, it can be uncomfortable at first.

What activity have you wanted to try? Maybe you tried it as a child but gave it up. What makes your heart leap a little, when you think about it even for a second?

No matter what you try, you ultimately may decide you stink at it, but Oh Well. Who cares? It’s fun, right? And it doesn’t have to be perfect.

Or you may decide you don’t really like doing it after all. That knowledge frees you up to try something else.

Because We Were Made to Create

You may just discover something that you love. Something that lights you up and helps you find some space in your life.

But you won’t know until you try.

When we first consider trying something new, fear starts talking. But if we can overcome that, the logistics of how, where, and when tend to sort themselves out.

By all means, don’t take up silk flower arranging if you never even pause when walking through that section of the craft store.

Ask yourself, what does make me pause? What do I stop and admire?

Here’s how to stir up some creative juices if you’ve lost touch with that side of yourself:

Put it on your calendar and give it a shot. Today is your day.

You were made to create.

Welcome! I’m Amy, an integrative health coach, offering grace and space for a healthier you. For nearly 20 years I’ve helped people connect their stories with their hearts. You can read more about me here. And I hope you’ll subscribe at this link so you’re among the first to get any future information and ideas that I share. You can unsubscribe anytime. Thanks for visiting.

Previous Post: « Instead of an April Fools Prank, How About Acts of Kindness?
Next Post: What’s In Your Lip Balm? »